New Haven - Where tourists get robbed.

Ah… travel. Somehow it gets a little easier each time. Or I’m just getting luckier.

I’d be remiss to let this latest adventure pass without a word or two on what was seen, heard, and done. Copenhagen the city, people, culture, and sights are all worthly of remark.

I arrived in the AM, after about 24 hours of being awake. A fellow american who just so happened to be going to the same conference as I sat no more than two seats across from me on the plane. We chatted, drank glasses of free wine, and nerd-bonded as best we could before the plane landed. On the metro to my hotel we met a nice couple of Danes who were more than happy to show us tourists the wheres, whys, and hows of beautiful Copenhagen. I love the hapless toursit card.

Later, after a short nap, a Metametrix business associate and his budding entreprenuer in training met me later at the hotel. We walked downtown through various backstreets, neighborhoods, parks, and city streets. The women were out. Luckily, I was told, the weather had just turned up when I arrived. The Danes had languished under the oppressing cold of a longer and harsher than usual winter. On this day they were sporting their best summer dresses, celebrating the source of life: sun.  We were happy to celebrate it with them.

We went to a classic danish restaurant, ate some bizarre yet tasty appetizer-like danish foods, drank some quality danish beers, and talked business, life, and adventure.  A cool breeze joined us on occasion under the canvas awning.  Locals and toursits walked and biked by, all headed somewhere without urgency.  I was happy, it felt like vacation.

Then we walked to a famous part of town: Nyhaven.  Americans call it Newhaven or Newport.  But with the danish tongue, it sounds more like Newhown.  Anyway, this is were the toursits come in flocks to pay crazy prices for beer (~10USD) and get their wallets stolen.  Pretty though, with a nice little canal running through it.  We sat and drank and talked some more.  My body was beginning to quit, only the beer sustaining me.  A few pints later, and with a well worn mouth and ear, we got up to find a city bike I could swipe for a mere 20 kronos (~4USD).  Luckily one was waiting, chained to a rack nearby.  I stuck in a 20 kronos coin, hopped on, and the three of us began our bike ride through the city.

Every street in Copenhagen is lined with bike paths.  It’s amazing.  No one drives.  The 180% tax on cars no doubt influences this behavior.  Everyone rides their bikes everywhere, or walks, or takes the metro, train, or bus.  Most of the cars in the city are taxis, Mercedes Benz taxis.  Yeah…  if you’re gonna ride a car, do it in style.

We biked passed old parks, castles, cemetaries.  We saw where Bohr and Andersen were buried and noticed the plethora of, ahem, ladies riding past us in skirts.

The next day the brain-packed conference for all things Umbraco began.  Geeks from around the world (mostly Europe) gathered to share stories, accomplishments, and awkward chuckles.  It was splendid.  I felt right at home.

I’ll spare you, my dear reader, of all the technical wonders that unfolded before me in those 3 days.  But rest assured that my eyes and ears were open.  Conversations on deployments, tricks, tools, and experiences both helped crystalize my thoughts and shatter them in exciting new directions.  I left those three days with no less than a firm resolve to accomplish more, and a renewed confidence in my ability to do so.

That night the partying began.  I’d found a Danish friend, Anders (as common as John in the US), at the conference who, with a sense of style and a rich social charm, seemed like the kind of guy I needed to be going out with.

We hit it hard.  Bars, clubs, the streets… all packed with swarms of young people looking for nothing but a laugh and a high.  Towards the end of the night we found a group of recent graduates, donning the commemorative white sailor-like caps, who happened to want to fulfill a customary post-graduate ritual: skinny dipping in the ocean.  We followed them, and ended up watching the sunrise on the beach… 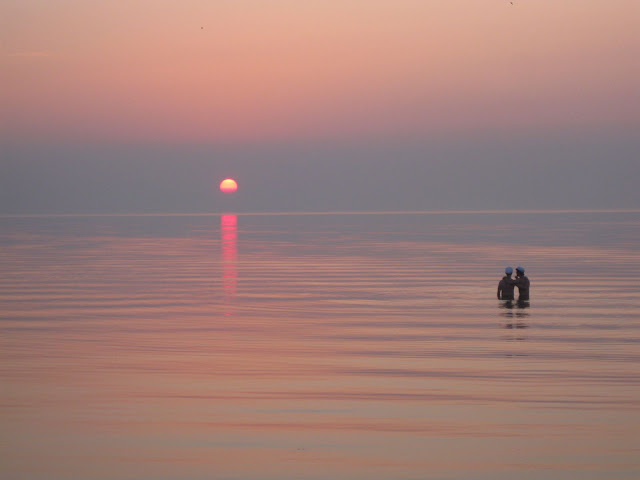 The next few days continued splendidly.  I learned as much as I could between food and naps.  I met some interesting folks too: one brilliant hacker from the UK with Asbergers, a metal head from Sweden, Dutch nerds, French consultants, and a shy Italian.  We bonded over some beers on a tour boat that took us around the harbor and through inlets, where we watched witches burn and people celebrate.

When the conference was over Chris, my business connection, took me to his lovely house where we ate, drank, and talked.  It was splendid, and I felt truly lucky to be there with good, hospitable people.  Later that night, the entrepreneur-in-training and I borrowed some bikes and rode downtown looking for a party.  We found it.  Later that morning, we had the brilliant idea to find Christiana… however, we went the wrong way. That wee little blessing in disguise brought me back home with time to sleep before another fun-filled day.

I managed to get some touring in the last day.  I walked around to a big old military barracks, snapped photos, wrote, ate a traditional breakfast plate.  The obligatory tourist day, you know… ever vacation needs one.

The final days in Copenhagen were unencumbered by any sort of responsibility.  This, I love.  Christiana inevitably drew me into it’s sly embrace.  Legal marijuana.  No cameras. No police. Just a community of freedom-seekers passing time with whatever degree of productivity they desire.  Beautiful, sad, hopeful… human.